When and how was our universe created? Where did we come from? Where are we going? These are some of the questions that mankind has been asking for centuries in our quest to understand the world. Using simple layman terms, this book explains abstract concepts about cosmology and physics—such as space, time, black holes, quantum theory—to help us understand our universe in scientific terms. In this book summary of “A Brief History of Time” by Stephen Hawking, we’ll give a brief overview of mankind’s scientific discoveries so far. For the full details, illustrations and scientific background, do get a copy of the book, or get a detailed overview with our complete book summary bundle. 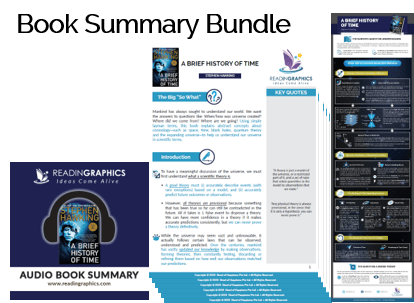 Overview: A Brief History of Time

To have a meaningful discussion of the universe, we must first understand what a scientific theory is.

A good theory must (i) accurately describe events based on a model (with rare exceptions), and (ii) accurately predict future outcomes or observations. However, all theories are provisional, because something that has been true so far can still be contradicted in the future. All it takes is 1 false event to disprove a theory. We can have more confidence in a theory if it makes accurate predictions consistently, but we can never prove a theory definitively.

While the universe may seem vast and unknowable, it actually follows certain laws that can be observed, understood and predicted. Over the centuries, mankind has vastly updated our knowledge by making observations, forming theories, then constantly testing, discarding or refining them based on how well our observations matched our predictions.

For instance, Aristotle first theorized in 340 B.C. that Earth was round (not flat) and that the sun, moon, stars and planets moved around Earth in circular orbits. Many different theories were debated thereafter. In the 1600s, our predictions finally aligned with our observations, when it was theorized that the moon, stars, and planets (including Earth) orbited around the sun in ellipses (elongated circles). Then in 1687, Newton’s theory on gravity explained why this happened—the celestial bodies were being attracted to one another by gravitational force.

Today, we still have an incomplete understanding of our universe. We can explain and predict parts of it through separate theories, but we lack a unified theory that fully explains the whole universe. This is the ultimate goal of science and our quest for knowledge.

What We’ve Learned about our Universe

In A Brief History of Time, Stephen Hawking basically walks us through the evolution of scientific theories over the centuries. It’s impossible to cover everything in this article, so here’s an overview of some of the key theories and concepts that he explained in detail. These are the prevailing theories and discoveries that shape our understanding of the universe today.

Unfortunately, there’re still gaps in our knowledge, and a unified theory will likely come from a combination of 2 of the most foundational theories—The General Theory of Relativity and The Quantum Theory.  Do get a copy of our full version of A Brief History of Time summary (click here for 14-page summary) for more details on each of these concepts.

For now, let’s zoom in on just a few of these key ideas.

Everything is relative. Nothing is absolute.

Everything is in motion. In the past, people assumed that objects’ natural state was at rest, i.e. they’d stay totally immobile if there was no force acting on it. Sir Isaac Newton disproved this with his Laws of Gravity. The laws state that everything is already in motion and objects are constantly moving in relation to one another. A stationary chair may seem to be at rest, but it’s in motion since it’s sitting on a moving Earth.

In 1916, Einstein’s general theory of relativity added gravity to the picture. Einstein theorized that space-time isn’t flat and doesn’t travel in a straight line. Imagine putting a heavy object on a stretched-out piece of fabric—the weight of the object will cause the fabric to sink. Likewise, gravity warps the curvature of space-time so it travels with a slight curve instead of a straight line. Einstein’s general theory of relativity explains most things in the universe. Yet, it is incomplete because it can’t explain how the universe was started. This is where quantum theory comes in.

Digest these powerful insights in minutes with our full summary & infographic!

Quantum mechanics recognize randomness and adopt a probabilistic approach. Instead of trying to predict exactly how particles will move to get 1 definitive result, it predicts the probabilities of various possible outcomes.

It also looks at the physical world in terms of both particles (e.g. atoms) and waves (e.g. light or radio waves). This is significant because there may be interference when 2 sets of waves or particles coincide—they may (i) reinforce each other to form stronger waves or (ii) cancel each other out.

To understand quantum theory, you must dive into the sub-atomic levels of our world. Quarks are the smallest known bits in the universe that are believed to make up everything. That’s because they make up the protons and neutrons that form the nucleus within atoms—which are in turn the basic building blocks of matter. Every particle has an antiparticle that can annihilate each other (e.g. electron vs positron). And, matter particles interact via force-carrying particles, which create strong forces with repeated collisions.

Obviously, there’s much more to understand about each of these scientific laws and concepts. Do get our complete version of A Brief History of Time summary (get full summary here), where we elaborate on:
• Details for each of the scientific laws and theories above, including the general law of relativity, past/future light cones, the Uncertainty Principle, quantum mechanics and elementary particles.
• The Big Bang (how the universe was formed), how we know that our universe is expanding (and the implications of its expansion), what’s a singularity event and why it matters.
• How are black holes formed, why they emit so much radiation and the powerful implications of what we’ve learned from them.
• What are arrows of time, wormholes and why backward time travel is unlikely.
• The latest String Theory that could bring new breakthroughs in our understanding of the universe, but involves 26 dimensions instead of the longstanding assumption of just 4 dimensions in our universe).

The Quest for a Unified Theory

From the book, you’d realize how far mankind’s understanding of the world has changed over a relatively short period of human history. However, we still have some way to go before we have a unified theory that can explain the entire universe. The laws of general relativity don’t work at sub-atomic levels and for singularity events. Quantum mechanics, on the other hand, work for all scenarios but we don’t have a consistent theory that incorporates it with gravity. So, a unified theory must somehow combine the laws of general relativity and quantum mechanics.

As explained earlier, we can never prove a theory 100%. So, we might never know if we’ve discover the unified theory. We can only be confident that our theory consistently make predictions that’re in line with our observations. Just like how the general relativity and quantum theories are now widely accessible to the masses, the discovery of a unified theory will allow mankind to completely grasp the laws that govern our universe. Only then will our quest for understanding finally be fulfilled.

Other Details in “A Brief History of Time”

This book traces the evolution of various scientific theories and counter-theories over the centuries. It helps us to see how mankind arrived at our current understanding of the universe, how various theories were conceived, evolved or discarded, and what are the gaps that remain today. Do get a copy of the book for the full details, get our complete summary bundle for an overview of the various concepts and insights, or check out more resources/details at hawking.org.uk.

Gain a scientific perspective of how our universe was formed and how it works! 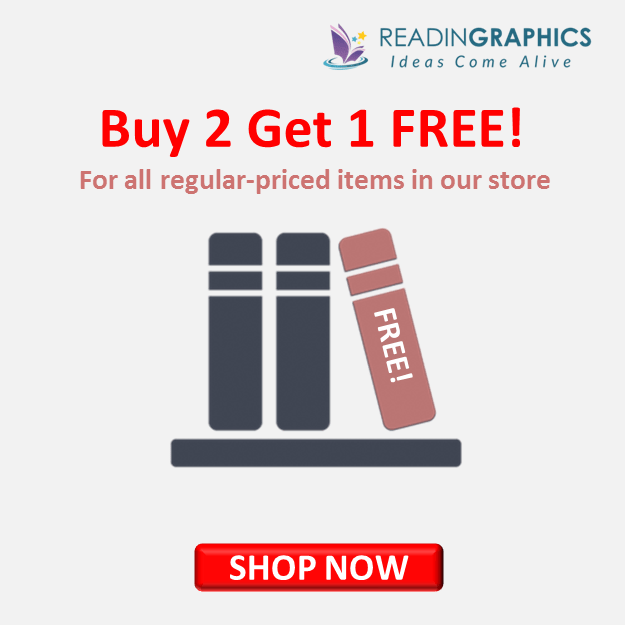 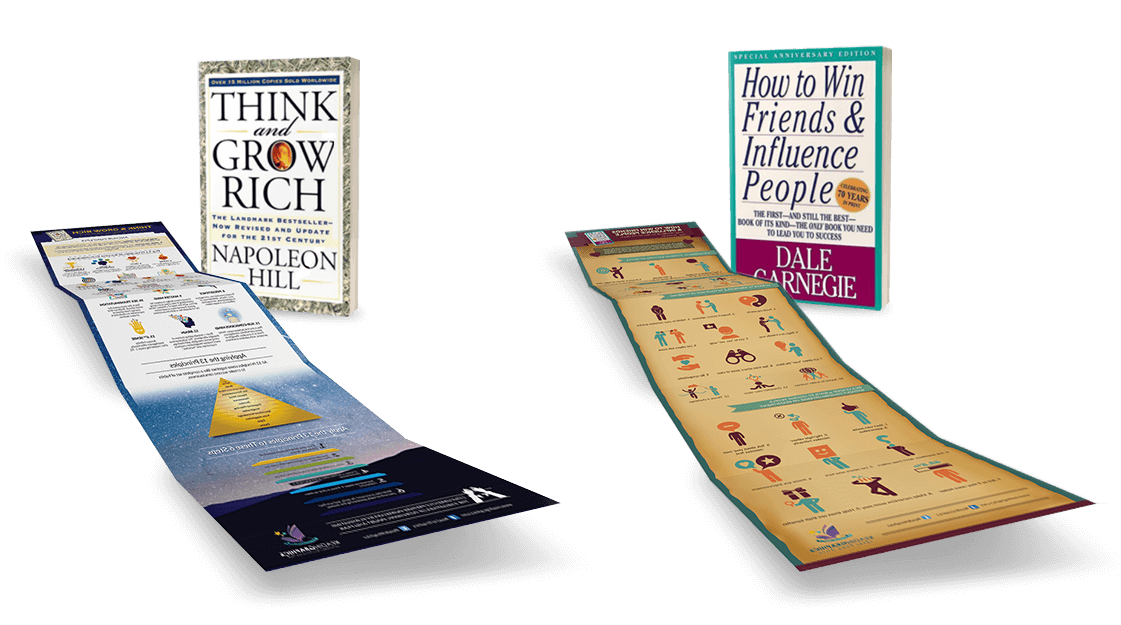 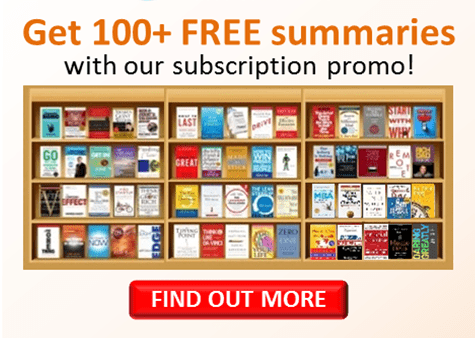 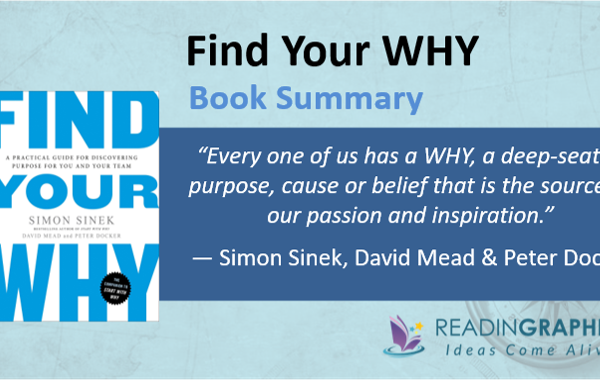 Book Summary – Find Your Why: A Practical Guide to Discovering Purpose for You and Your Team

Book Summary – Thanks For The Feedback: The Science and Art of Receiving Feedback Well

Book Summary – Freakonomics: A Rogue Economist Explores the Hidden Side of Everything